New Mexico is one of the greatest examples in the United States of America of a place where the “old world” truly meets the “new”. Here, ancient cave-dwellings evoke the memories of long-gone peoples, while just a few miles away gleaming skyscrapers sail through history to serve both the present and the future.

The History of Albuquerque

Albuquerque, New Mexico, embodies this trend of “old meets new” in an especially interesting way. Humans began living in this area hundreds of years ago.

Pueblo dwellers created multiple communities in and around what would become the city’s perimeter. European explorers first arrived in the 16th Century, followed by Catholic missionaries.

The town was officially colonized by the Spanish in 1706 as Villa de Albuquerque. It quickly became an important farming and sheep-raising outpost along the Camino Real de Tierra Adentro, or Royal Road of the Interior Land, a Spanish trading route that covered some 1,500 miles.

The United States took ownership of New Mexico after the Mexican-American War, and the town grew slowly but surely until the early part of the 20th Century. It was during the darkest days of World War II that Albuquerque would find its place on the world stage.

With the establishment of Kirtland Air Force Base, Sandia Base, and Sandia National Laboratories, Albuquerque became the hub for the newest step in human history: the atomic age.

The population of Albuquerque swelled as new explorers hustled to the area. Instead of exploring for mythical cities of gold, however, this new generation was scientific explorers, paving the way for one of humanity’s greatest technological forward leaps.

As more people came west to Duke City, so too did the city’s own industries swell and advance.

Ever since the dawn of the atomic age, Albuquerque has symbolized the American spirit of combining the best of tradition with the best of new understanding. That spirit is seen even now in Albuquerque, as filmmakers and television producers flock to the city to create our shared cultural stories.

That blending of old and new is highlighted in some of Albuquerque’s stunning architecture.

Here are some of the best old and new examples of Albuquerque Architecture:

Here are some of our other favorites:

Opened in September of 1927, this iconic theater and movie house sits in the heart of Albuquerque, on Central Avenue not far from Broadway. Born of the dreams, drive, and passion of Oreste Bachechi, an immigrant to the United States, the theater has a long, rich history. 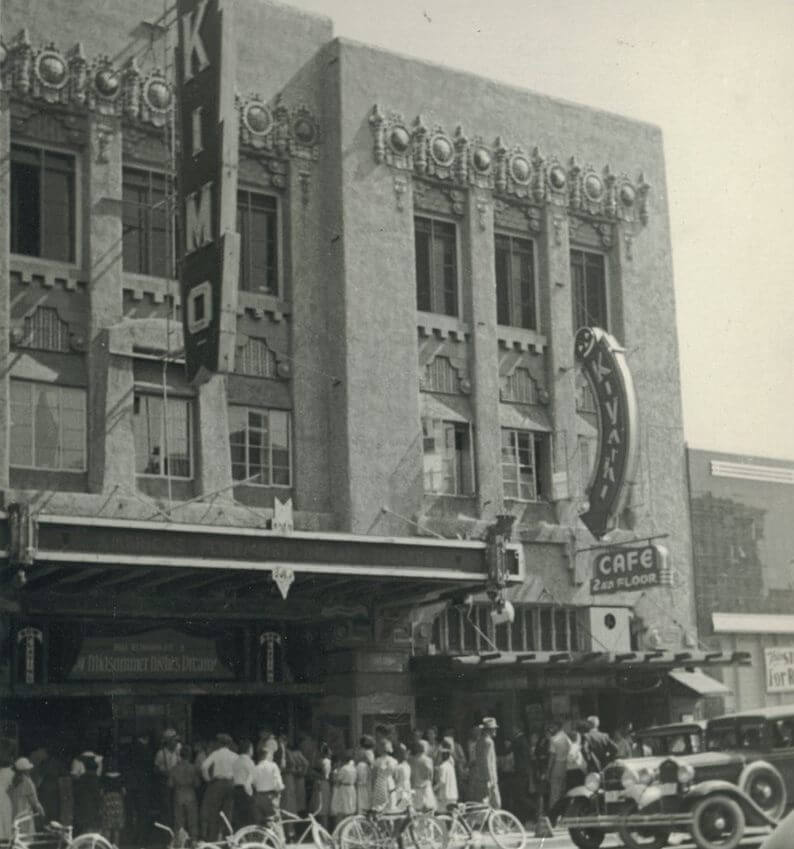 Its opening night included performances by local native tribes. They took the stage to perform rites and dances rarely, if ever, seen before by non-natives. A whirlwind of famous and soon-to-be-famous stars and acts followed over the years.

The building itself is also extremely fascinating. Built in the short-lived style known as “Pueblo Deco”, it perfectly encapsulates the theme of blending old and new. Interior features were designed to emulate native styles from all over the region, including that of the Tiwa residents of the Albuquerque valley, as well as the Navajo.

Ceiling beams were crafted to look like wooden logs, complete with carvings of war and hunting scenes. Chandeliers were made to resemble native war drums, and murals throughout the building depicted scenes from New Mexico’s pre-European days. On the outside, classic art deco styling was merged with “pueblo” colors and features.

The theater was nearly destroyed by fire in the early 1960s, but the citizens of Albuquerque stepped forward to save this architectural and cultural landmark.

A bond was approved by the voters to buy the building, and funds were provided by the city for renovation. Further work took place in the late 1990s and early 2000s, meaning the building still serves its original function today.

Raised in 1963, the building sits squarely in the “modernist” style of architecture. The modern style took over American architecture in the early 20th Century, especially in the years following World War II. Seen in cities all across the world, especially in skyscrapers, this school of design embraces a minimalist approach.

Buildings are shorn of the ornamentation common to other styles and instead are composed of straight lines, right angles, and flat surfaces.

The First National Bank building epitomizes the modern style. The 212-foot tall, 17-story edifice stands relatively alone at the corner of Central Avenue and San Mateo Boulevard. Its steel and glass sides are sheer faces, looking down with imposing solemnity on the streets below.

And yet, this jewel of modernism sits comfortably in a city filled with native-influenced architecture and traditional styling.

The Hyatt Regency Tamaya Resort sits on 550 acres of the Native American Santa Ana Pueblo between the Sandia Mountains and the Rio Grande River. Tamaya has over one thousand years of rich history and culture.

At the Tamaya Resort, there are traditional cultural activities like jewelry making, Native American storytelling, and more.

Tamaya is a perfect place for a trail ride on a rescue horse or an unforgettable hot air balloon ride. There is so much culture in this resort and building, located just off Interstate 25 to the north downtown. Tamaya is another representation of Historic meets Modern. 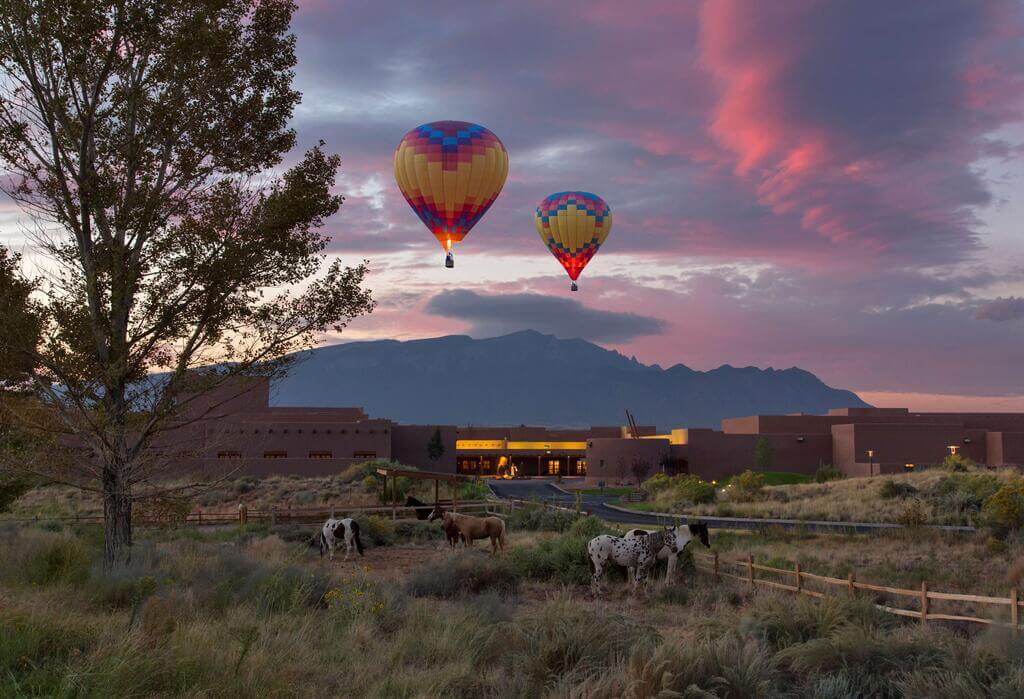 FSG Albuquerque had the pleasure to renew 42 old exterior light poles with 78 new poles and LED fixtures. Not only did the old lights pose safety and security concerns, but the old lights were an inefficient component of an otherwise modern resort.

As with any exterior lighting project, the Tamaya will achieve long-term KwH and cost savings for many years. And FSG delivered the project with the style of lighting that matched the rest of the facility.

In a city as unique as Albuquerque, with a style as colorful and independent as ours is, FSG is proud to serve as a trusted advisor to businesses (and buildings) of every size and shape in the area. 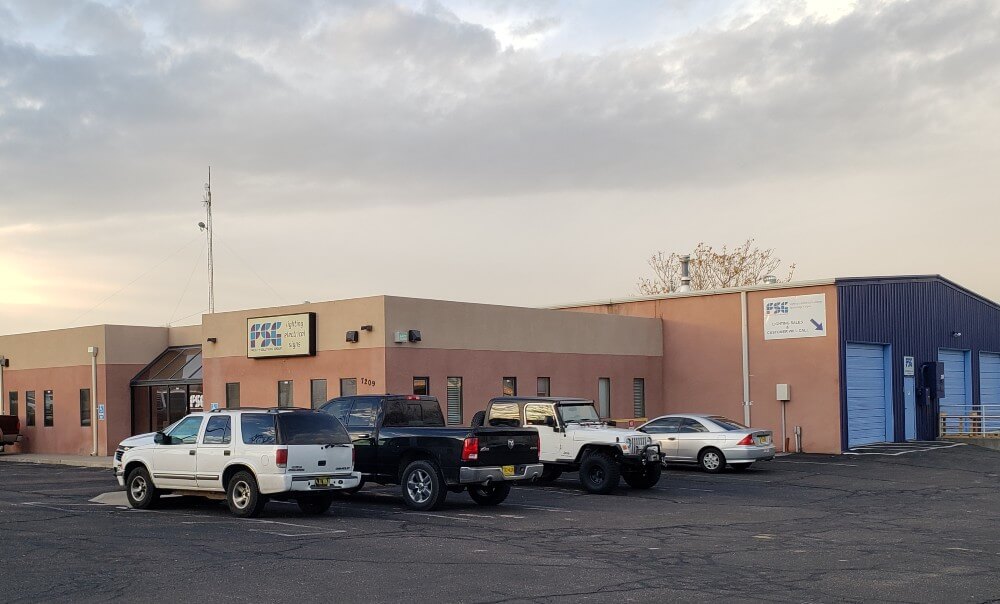 Installing energy-efficient LED lighting, designing and building electrical systems, installing attractive new signage, and providing the latest and greatest in technology are just some of the ways FSG Albuquerque has been serving clients for almost two decades. Our mission is to help this vibrant community maintain the flavor and style that comes from mixing the old world with the new.

Some of our local projects include:

With a deep history here in this city carved from the walls of history itself, FSG Albuquerque is proud to call this town “home”.

For lighting, electrical, signage, and technology solutions that allow you to do more, call FSG today at (512) 615-6615 or visit the FSG Albuquerque page here.