Building the Electrical Infrastructure for the Innovations of Tomorrow

So what is an electrical contractor doing working with a cutting edge technology company of tomorrow to support “high-density” data centers? Well, today’s electricians are realizing that it’s no longer just about wire nuts and connecting circuits, but about building the infrastructure and connecting the technologies that our future will be built on.

There’s simply no way for the modern world–or life as we know it–to exist without advanced technology.

And much of that technology exists in data centers.

Data centers are a big industry. And we do mean “big”. Even the most modest data centers are about 5,000 sq. ft., or the size of a large house. On the other end of the scale, they can be positively gigantic: as much as 500,000 sq. ft. 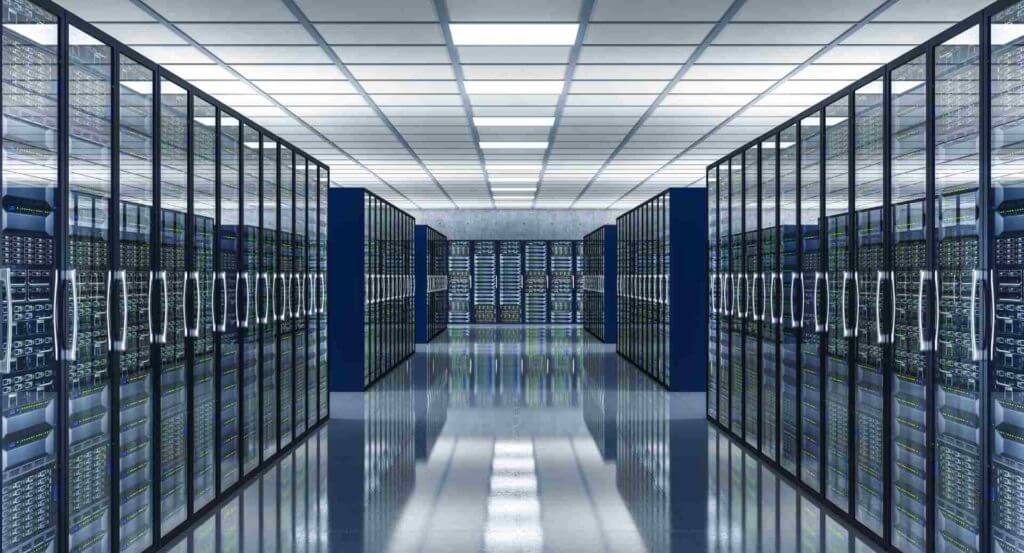 Obviously, it’s not just the physical scale of these data centers that boggles the mind. Their raw computing power is almost too much to understand. For example, consider the amount of web traffic made possible by data centers around the world.

In 2016, the total amount of web traffic equaled roughly 1.2 zettabytes. At that rate, the world was sharing, consuming, and using data equal to just short of one billion gigabytes per month.

To put that in more concrete terms, data centers will consume roughly 2% of all energy used in the United States this year.

So how does a company like FSG play a part in building the infrastructure that reduces that energy?

TMGcore’s OTTO technology is making everyone rethink what a data center is–and what it could be.

OTTO is the first and last word in high-efficiency, low-consumption computing. OTTO uses super-high-density computing blades, combined with revolutionary liquid cooling, to create servers that are more robust and use far less electricity than traditional solutions.

“Ninety percent of the real estate that you typically had in a traditional data center, you don’t need.”

That means medium- and large-capacity data centers can shrink dramatically, down to as little as 10% of their previous size. It means the endless rise in power consumption can not only be halted but reversed.

It means we need to completely reimagine how data centers are built.

FSG has been serving the technology needs of our customers for decades. From the computers and servers themselves to security, energy efficiency, and electrical infrastructure, these gigantic buildings bear the fingerprints of FSG’s comprehensive facility solutions.

That’s what makes FSG perfect for throwing it all out the window.

Now that OTTO promises to change the data center landscape forever, data center clients will need an expert who knows the way forward into this bright new future. FSG knows that way forward because, alongside TMGcore, we helped create the path.

TMGcore came to FSG specifically to help them design and engineer the electrical infrastructure requirements for OTTO.

As Mr. Bourland described it, OTTO was the perfect project for FSG because it crossed so many disciplines and required a massive team effort. Industry giants like Dell helped TMGcore with the computing part of OTTO, while FSG took the lead in creating the infrastructure blueprint for the OTTO-filled data centers of the future.

Now, as TMGcore launches OTTO to their clients, they know they’ve found a true partner in FSG.

The Future of the Future

In Greenville, South Carolina, teams of FSG Technology experts have helped city planners build what is simply one of the most modern cities in the world. From smart light poles, and smart everything else, to the tech infrastructure that enables citizens, utilities, police, and government to function better together, FSG and Greenville worked together to literally build the future.

Now, with TMGcore, FSG is doing it again. This time, instead of one city, we’re helping to build the technological foundations for the entire world.

By eliminating the need for such massive power consumption and space, TMGcore and FSG are helping to create a cleaner, smarter, more connected planet.

The future is filled with great hope and possibilities. If you need help implementing your vision, turn to an expert partner who has a track record for building tomorrow.