Greentown Labs is the largest climatetech startup incubator in North America. From the company's flagship location, near the campuses of Harvard and MIT in Somerville, Massachusetts, Greentown Labs has helped launch over 300 startup ventures focused on technological solutions to climate and energy challenges. For their second location, Greentown Labs selected the newly developed Rice Innovation District in midtown Houston, and a spot immediately across the street from the brand new technology hub The ION, which was developed by Rice University and the city to serve as a regional focal point for research and innovation across multiple fields.

At Greentown Labs, startups are provided the resources, knowledge, connections, and equipment they need to thrive. This includes lab space, shared office space, a machine shop, an electronics lab, as well as software and business resources normally associated with modern commercial office facilities. With technology innovation serving as a matter of daily discussion at Greentown Labs, the new Houston facility would necessarily need to feature electrical and data systems that were thoroughly on point.

To create the perfect space for Greentown Labs to thrive, property owner Rice Management Company selected general contractor Miller LaPointe to head up a project to completely gut and renovate an existing grocery store facility, and to deliver approximately 30,000 square feet of prototyping lab and office space for about 50 energy startup ventures. With a five-month project timeline and a rock-solid deadline set for Earth Day 2021, Miller LaPointe turned to FSG's Houston branch to step up to the challenge and deliver fast and efficient electrical construction services for this high-profile project.

FSG mobilized to the site to begin electrical construction immediately upon completion of all demolition work in January. With final permitting still under review, FSG coordinated with the GC to execute pre-work activities and prepare as much as possible while awaiting final approvals.

Once the official permits were received in February, the project exploded with activity, and FSG led the way with power and data rough-ins throughout the facility. As March wound down, finishing work was just beginning, and final details and last-minute changes were ongoing until just days before the deadline. On Earth Day 2021, the shiny new Greentown Labs Houston facility opened its doors to visitors and resident startups despite the challenge of an abbreviated timeline.

With a grand opening featuring large numbers of business executives, politicians, and local media outlets, the cutting-edge facility opened right on time, on April 22, 2021. The new facility was welcomed with much fanfare and the glowing approval of Rice Management Company and the facility's first tenant, Greentown Labs.

Following their successful expansion into Houston, Greentown Labs hopes to connect the best and brightest minds in Boston and Houston with a shared goal of addressing the future's climate and energy challenges with creative new ventures. Thanks to a hustling project team that met their deadline when time was tight, the company won't miss a beat in pursuing its mission to support the launch of tomorrow's solutions. 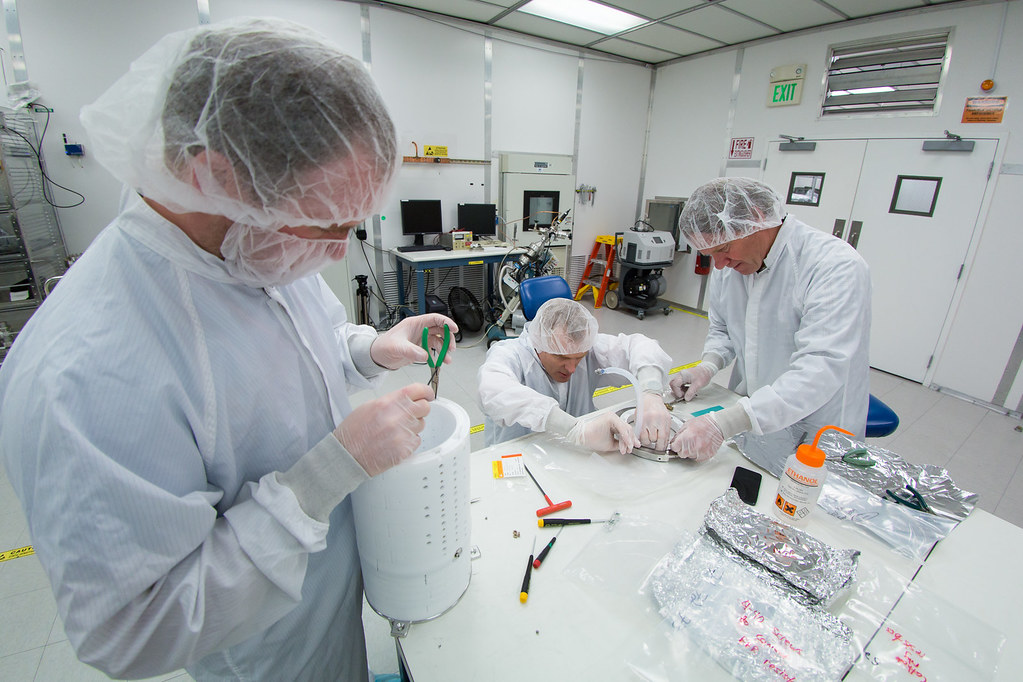 "Assembly of the prototype for the LZ detector’s core, known as a time projection chamber (TPC)" by SLAC National Accelerator Laboratory is licensed under CC BY-NC-SA 2.0