LA Plaza de Cultura y Artes is a Mexican-American museum and cultural center in Los Angeles. When it opened in 2011, the museum became an important cultural touchstone for Latinos in Los Angeles and across Southern California. Located in Los Angeles' El Pueblo Historic District, LA Plaza sits adjacent to a number of buildings, including the Plaza Church, that date from the 1880s.

Los Angeles County officials, who administer the LA Plaza Museum, were interested in highlighting the historic building as part of ongoing downtown LA revitalization efforts, and as a way of bringing more excitement to the El Pueblo Historic District. Looking to add modern lighting and controls to an important and fragile local landmark, county officials reached out to FSG's Los Angeles branch.

FSG met with facility management at LA Plaza, as well as with Los Angeles County administrators, and submitted a plan for an exterior lighting project that would provide the ability to change color themes to mark special occasions at the museum. Once a plan for the lighting project was in place, FSG provided diagrams and installation information to officials at the Los Angeles Conservancy, whose review and approval were required to begin the project.

Upon completion of the exterior lighting project, Los Angeles County officials, LA Plaza administrators, and especially visitors to the El Pueblo Historic District were all in agreement that the LA Plaza Museum and Cultural Arts Center was a thing of beauty each night when the sun went down and the new lights came on. LA Plaza administrators appreciated FSG's ability to manage the entire project, including the design review process with the Los Angeles Conservancy. 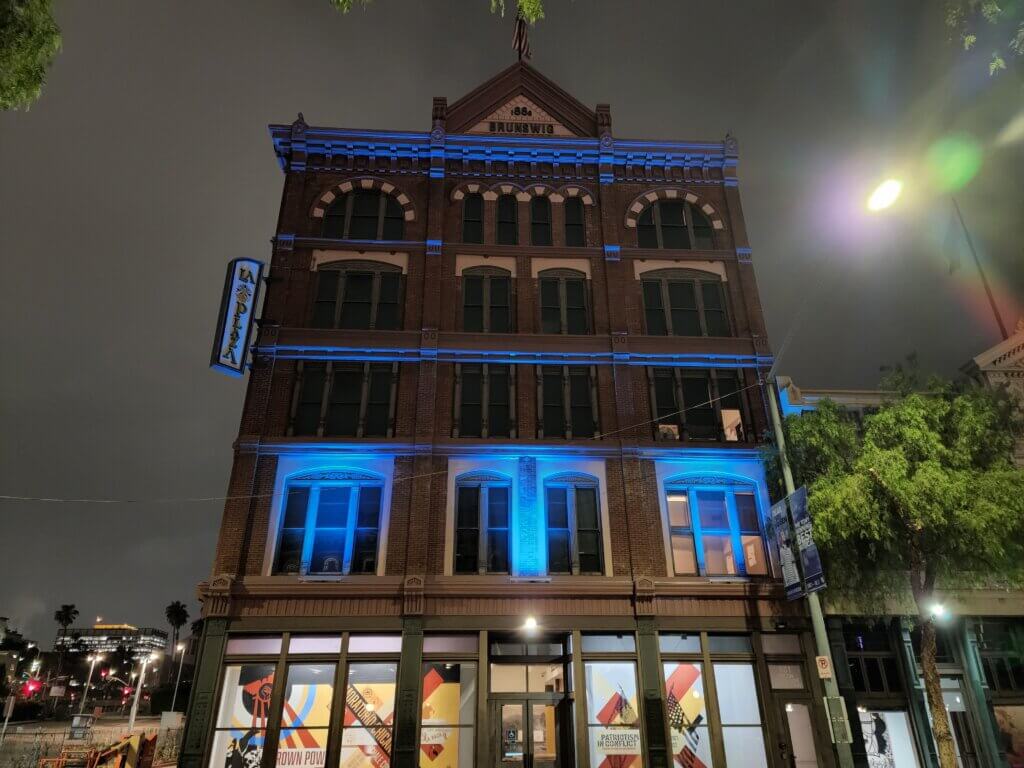 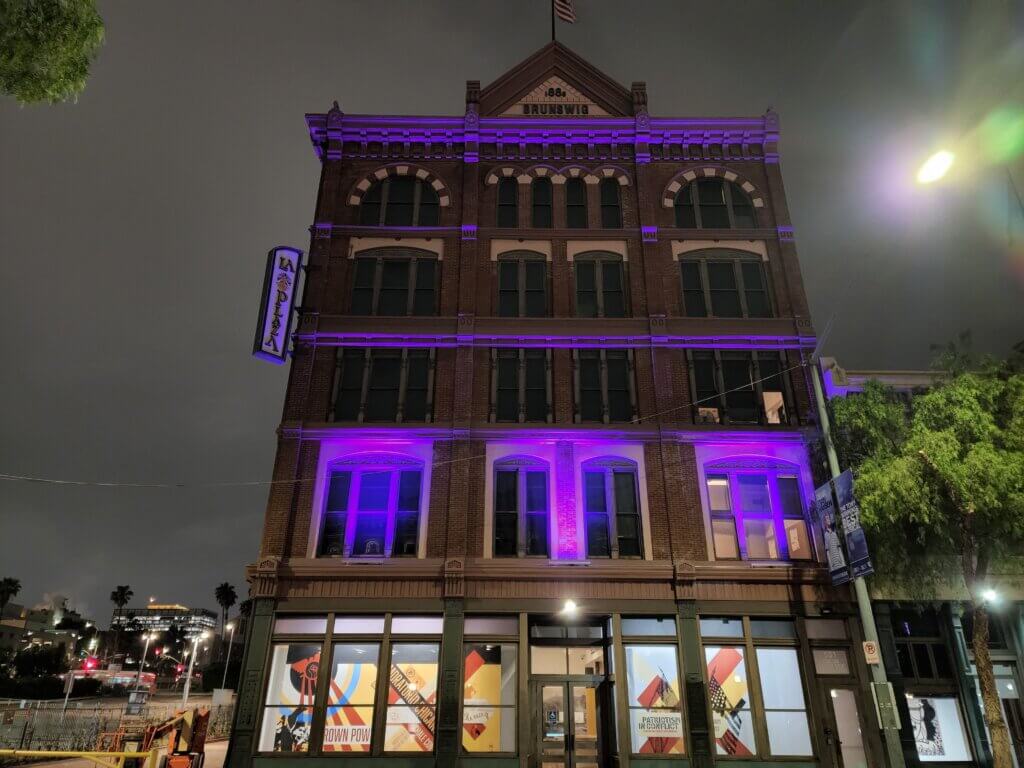 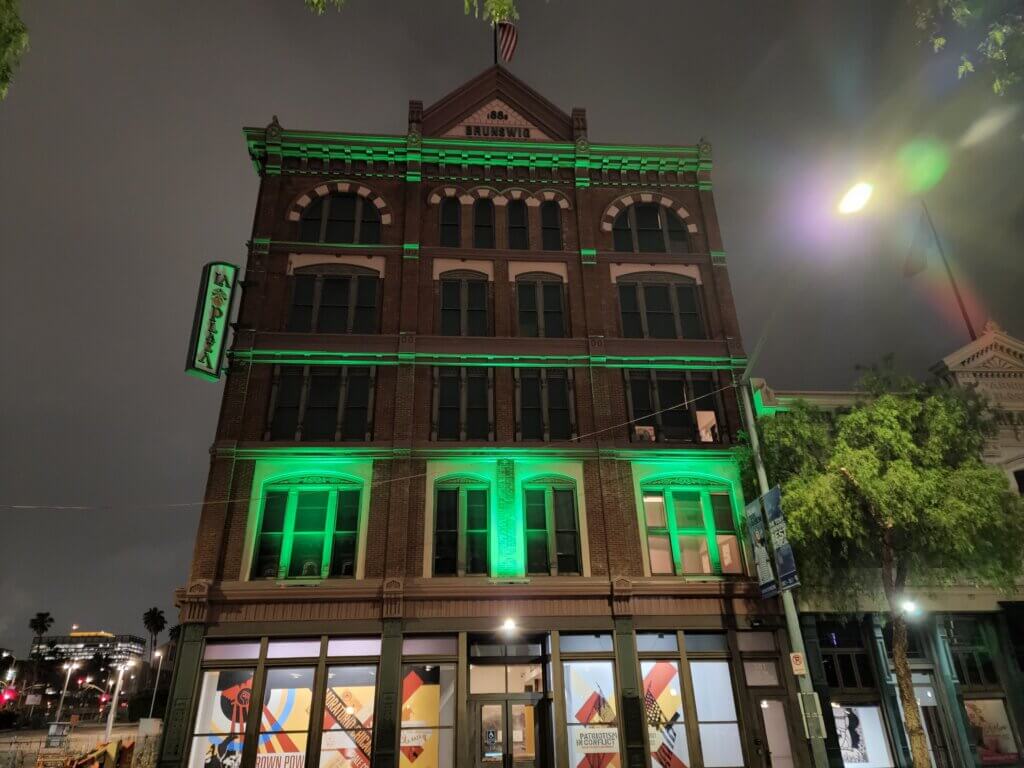 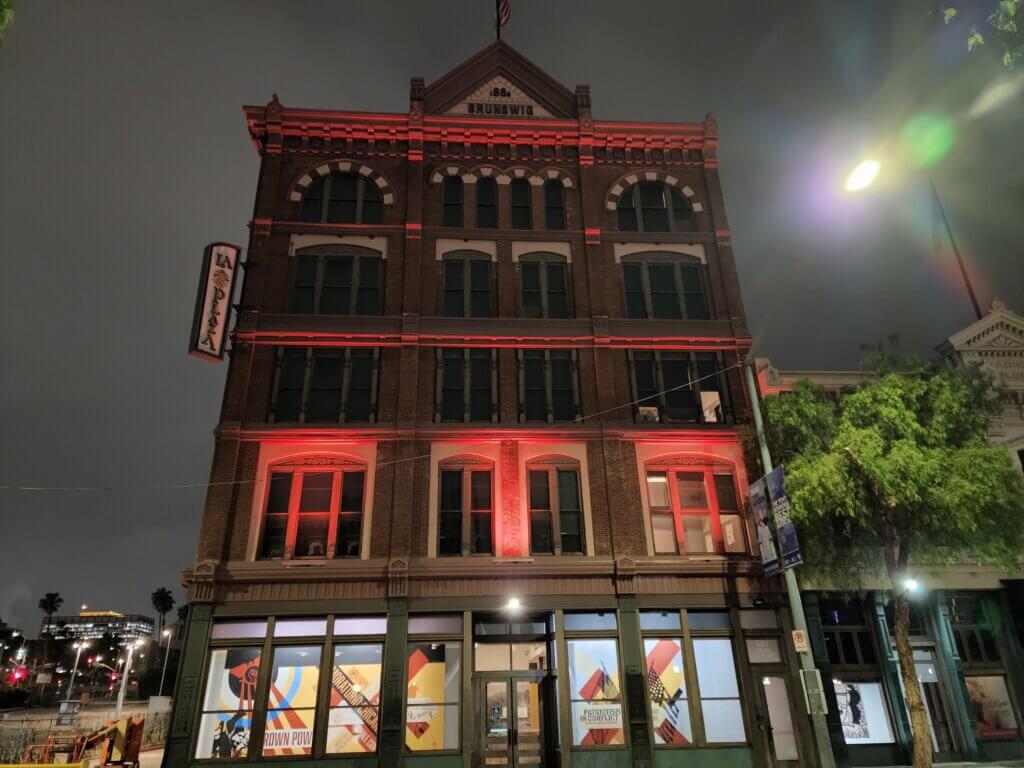 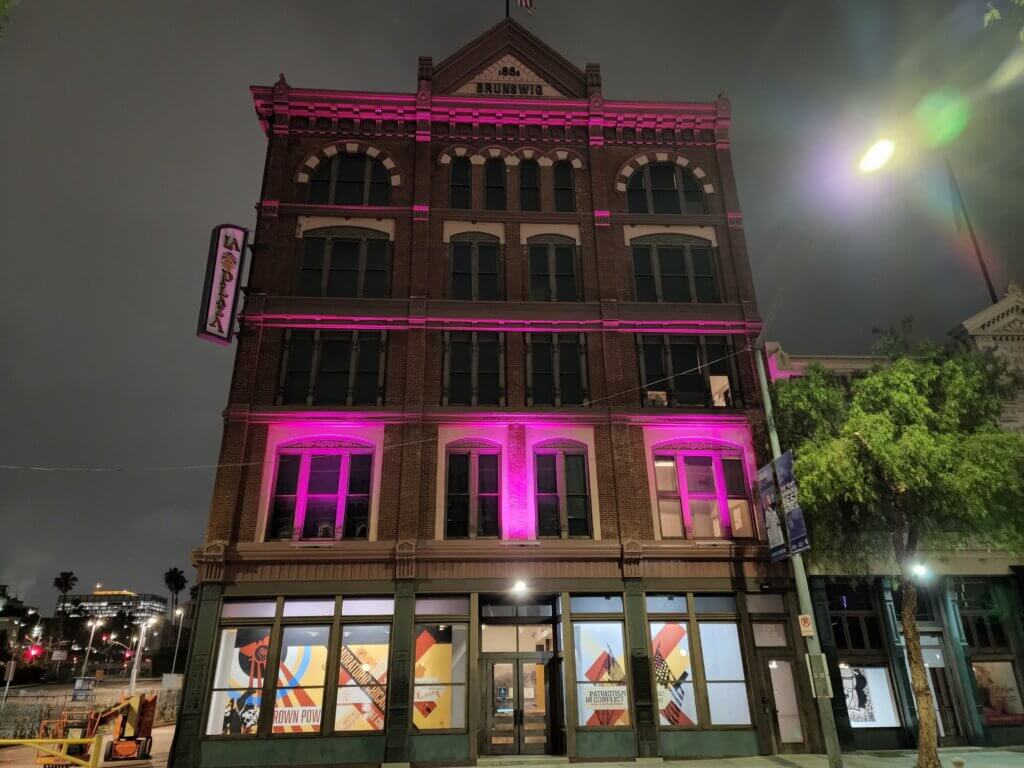