FSG has built a relationship with Velocity Credit Union for more than a decade, helping them with electrical service, lighting supplies, LED retrofits, and contract maintenance repairs. More recently, FSG had the opportunity to help Velocity Credit Union with signage. Based on their satisfaction with our work, Velocity Credit Union trusted FSG Signs to outfit the reconstruction of their flagship branch, located near the Texas Capitol since 1961, with a complete exterior and interior signage package.

Austin Canyon Corporation had been engaged as the General Contractor, and as Austin Canyon had also partnered with FSG Signs on other projects, they had full faith in FSG Signs’ capabilities. They contracted us to fabricate and install a pole sign with EMC, wall signs with channel letters, directional signage and a striking monument sign. They provided Velocity’s signage concepts and branding info, and the FSG Signs team went to work!

A particularly formidable challenge occurred when a demolition crew mistakenly removed the business’s landmark pole sign, though the reconstruction plans were designed specifically to retain that placement. Complicating the situation, the city would not allow the sign to be reinstalled because the former location was non-compliant with current city codes.

The FSG Signs account manager found an alternative location for the sign that met the client’s expectations, and worked with the city to gain the necessary approvals. We were able to solve the problem with a new, upgraded pole sign compliant with current city code, keeping their iconic 12th street sign intact, and solidifying our standing with Velocity Credit Union.

FSG Signs’ combination of expertise, skill, resources, and determination resulted in signage Velocity Credit Union can be proud of for their flagship location in downtown Austin. 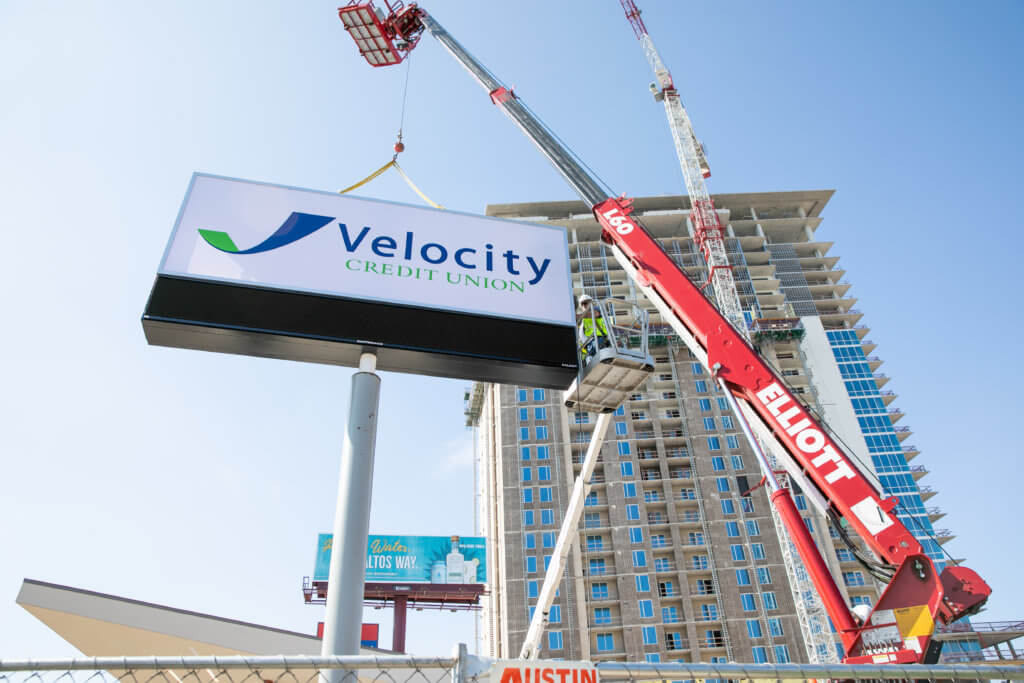 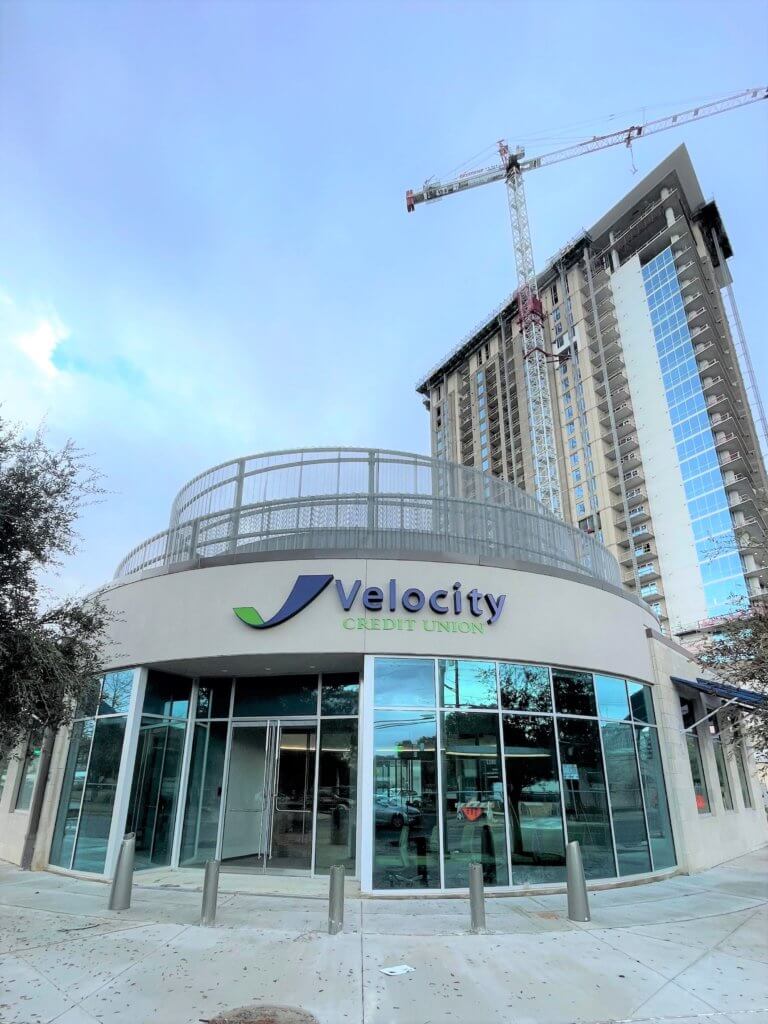 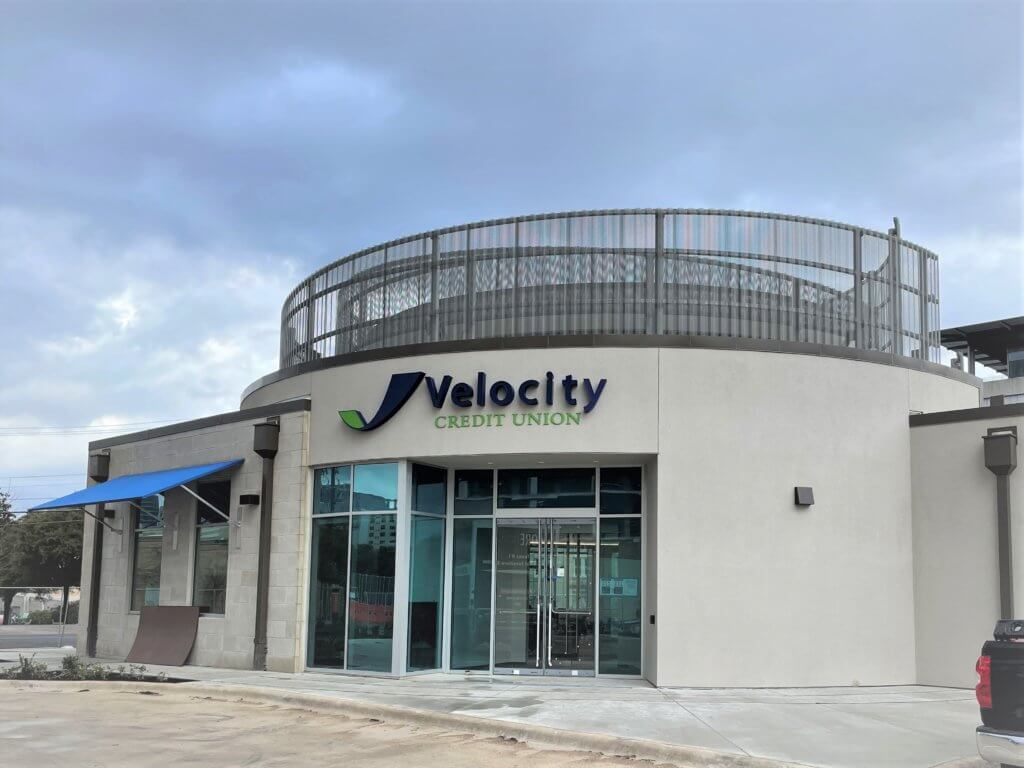 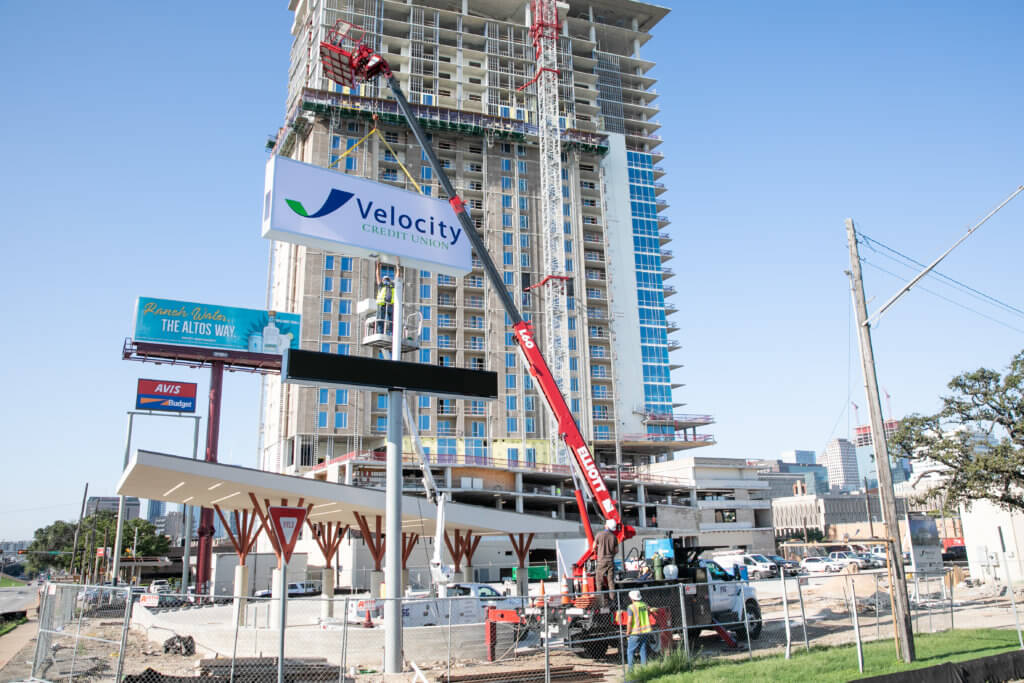