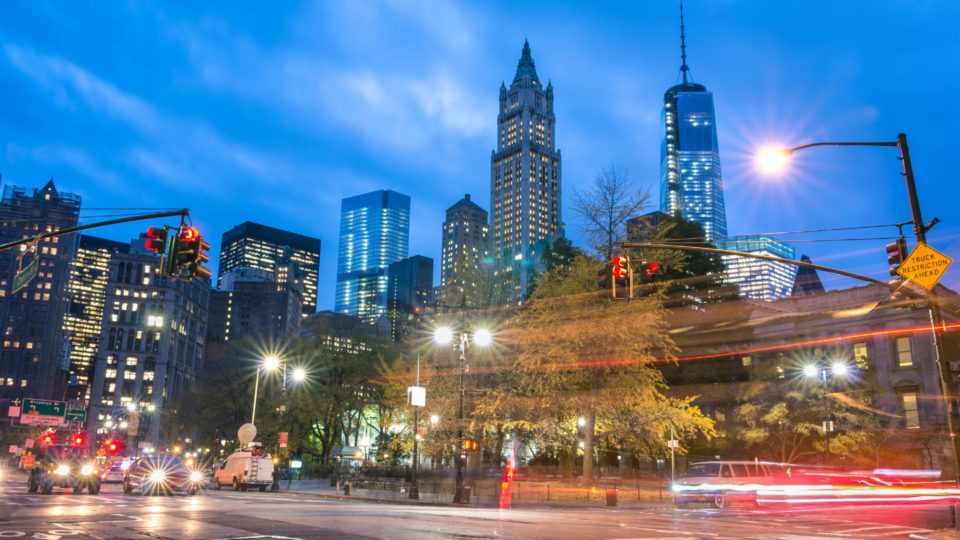 This week, New York City is hosting Climate Week NYC 2020. This is the largest climate summit for the entire year. During this event, there have been discussions about energy usage, LED lighting, and climate action.

Today, September 24th, the Climate Group is hosting an LED Street Lighting and Utility Roundtable. The goal is to engage with key US stakeholders to raise awareness of the benefits and opportunities for action.

In addition, the roundtable intends to increase awareness of the high relative and immediacy of impact of LEDs compared to other low carbon actions available to cities, as well as updates on Smart City initiatives.

Switching to LED lighting leads to significant cost reductions and carbon savings for cities and municipalities. When 12 major cities adopted LED street lights, they saw energy savings of 50 to 70 percent.

In New York City, the city decided to replace 250,000 street lights with LED lights. Known as the largest project of this type in the United States, these new lights helped the city save $14 million in maintenance and energy costs between 2015 and 2017.

By 2025, there are expected to be 350 million street lights around the world. Unlike other efficiency projects, LED lights are easy to implement. If the entire United States used LED bulbs for street lights, the country would save $6 billion.

The carbon savings would be similar to removing 8.5 million vehicles from American streets. In Los Angeles, the installation of 140,000 LED street lights in 2013 led to energy savings of 80 percent.

How Much Does LED Lighting Affect Energy Usage?

Unlike incandescent bulbs, LED lights emit very little heat. While 90 percent of an incandescent bulb’s energy is released as heat, LEDs do not create a lot of heat. In addition, LEDs shine their light in a specific direction. This means that LEDs do not need diffusers and reflectors to trap light. With other lighting styles, half of the light may be wasted because it never actually leaves the fixture.

A good example of LED updates is taking place in Port Jefferson. The New York Power Authority is working with Port Jefferson to put LED streetlights into the town.

In just 2007, the world consumed 600 EJ of energy. By 2060, the world is expected to use triple that amount. About 30 percent of this energy production was used to generate electricity.

More efficient street lights help local governments reduce greenhouse gas emissions like carbon dioxide. Unlike some environmental programs, street lights provide a quick return on the initial investment. In addition, the overall cost is quite low. Researchers have found that street lights currently use 20 percent of all the electricity the world produces.

In a typical city, outdoor lighting can make up anywhere between 20 to 40 percent of the city’s overall budget. Switching to LEDs would reduce the amount of global electricity lighting consumption by 52 percent. It would also stop 735 million tons of carbon dioxide from getting released into the environment each year.

This is roughly the combined level of emissions that Texas and Iowa produce.

The Impact of Lighting Upgrades on the Climate

LED lights are known for reducing the effects of climate change, but they can help in other ways as well. Cities can enjoy lower energy bills because LEDs use less electricity.

Because LEDs provide a better quality of light, residents also enjoy better visibility. Brighter streets can deter crimes and reduce the frequency of car accidents. Plus, investing in LEDs improves the city’s infrastructure, which can encourage commercial investments.

In an extensive study by the United States Energy Department, LED lights impacted the following environmental factors significantly less than other lighting types.

LEDs can do more than just save energy. Because they last significantly longer than incandescent bulbs, they cause less waste. These lights also lead to less hazardous and non-hazardous waste. Plus, LEDs can deter crime by providing more visibility in urban areas.

Other than just switching to basic LEDs, cities can use smart LEDs and smart controls. In Greenville, South Carolina, city officials partnered with FSG, Clemson University, and several other companies to install smart devices in the town’s light poles. Each device has sensors, a radio, WiFi capabilities, and micro locator technology.

Street lights can be set to flash in different patterns in response to certain events. The technology allows cities to monitor traffic flow, accidents, and parking spaces.

According to Clemson Research Assistant Professor, Matthias Schmid, the goal is autonomy. He explains how autonomous models are already working in research facilities. But with the recent work in Greenville, we will soon be able to move to full scale.

How Cities Can Get LED Lights

While LED lights allow cities to get a quick return on their initial investment, the upfront cost may be prohibitive for some municipalities.

Because of this, FSG and other companies offer upfront financing to cities that want to incorporate these lighting projects into their plans to improve the climate and reduce costs.

Cities can repay the project’s cost with the money they save on their energy bill. Through creative partnerships like this, companies, cities, and residents can enjoy all the great benefits of LED lighting.

Why You Should Join Our Winning Team

FSG Indianapolis: Welcome to The Crossroads of America