All across the country, bells are ringing on school campuses. Students, teachers, and staff have returned from their summer hibernation to once again take up residence at America’s educational institutions.

Just as kids begin to contemplate the year ahead, administrators and board members return to their age-old battle: the budget. Schools are often asked to do more with less, and balancing the needs of students and faculty with the need for responsible stewardship is getting tougher and tougher.

But there are always opportunities. One of the most cost-effective ways to get more out of a school’s budget is to invest in a lighting retrofit.

“Of all the environmental factors, lighting was the factor that the highest percentage of public schools rated as unsatisfactory.”

New technology, the advent of purchasing cooperatives, and the availability of incentives and rebates have made this the perfect time to get rid of costly, inefficient lighting systems–and make a serious impact on your balance sheet.

Let’s take a look at five case studies of schools that chose to invest in their lighting and the incredible results they achieved.

Located in Glassboro, New Jersey, Rowan University is one of America’s hidden college gems. The administrators at Rowan were looking for a way to update their campus, cut costs, and prepare for the future. A lighting retrofit fit all three of those goals perfectly.

Old, inefficient lights were replaced with the latest in fluorescent and LED technology. Across the campus, from the library to the student center to the parking lots, new fixtures went to work. Thousands of outdated lamps were taken down, and dozens of light poles were replaced.

With the new, brighter lights came a campus that looked more modern, friendly, and safe. But the real improvement was reflected on the school’s energy bills: a whopping 65% reduction in the cost to light the campus.

And, as with all upgrades to new lighting technology, the school also realized a massive saving on maintenance expenditures. New LED fixtures have incredibly long lifespans compared to the older lights they replace, meaning less time and money spent replacing worn-out bulbs.

Not only do lighting retrofits allow schools (and businesses) to shave significant amounts off their energy costs, they also make for significant quality of life improvements.

Byron Nelson High School in Dallas, Texas, wanted to see exactly that kind of improvement on their campus. For years, students and staff had noted how dark the area was at night. To make things brighter (and safer) the school ordered an exterior lighting retrofit.

In a two-phase project, fixtures all around the school were replaced. On the practice fields, in the parking lot, and around entrances and walls, new LED lamps went into service.

Before and after footage of the campus showed a stunning improvement in light levels, and positive feedback flooded in about how much better and more secure everything looked. 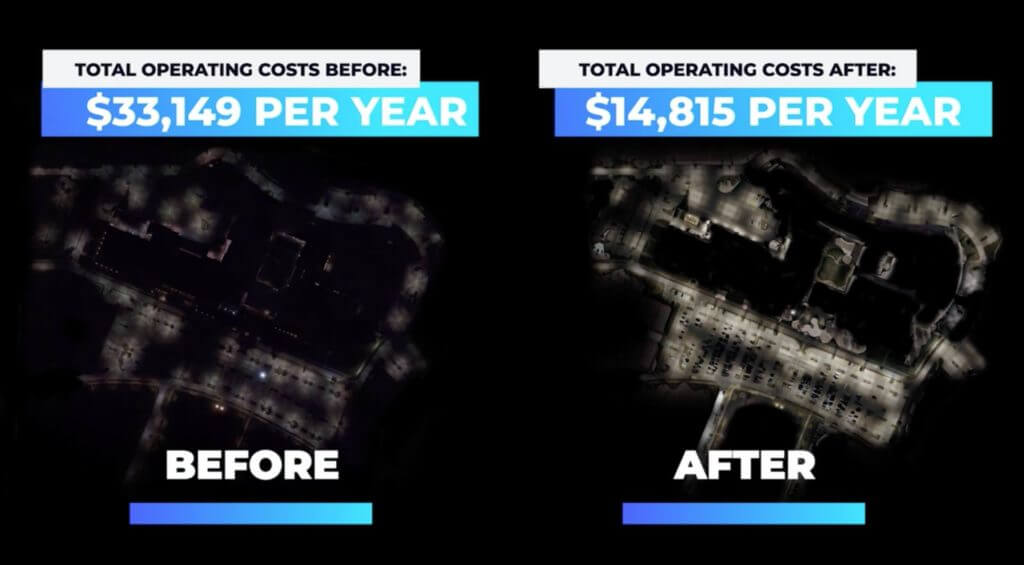 In addition to that improved look and feel, Byron Nelson High School has also seen a reduction of more than $18,000 in their lighting energy costs.

Besides the main Byron Nelson High School facility, there were a total of 11 facilities that were retrofitted with LED lighting. The results across the facilities were dramatic, and the school district is seeing almost $150k/year in maintenance and operations cost savings.

This school was also interested in a lighting retrofit to improve light levels, as well as cut costs. William Paterson University is a major school in Paterson, New Jersey, and they wanted their lights to reflect their status.

Lamps and fixtures throughout the school, both interior and exterior, were upgraded to LED and induction lighting. Sports facilities received special attention, with their new lights making the courts and fields much more suitable for TV broadcasts.

Once again, thousands of fixtures were upgraded. More than 50% of the lighting energy costs were reduced, and expected future maintenance for the newer, long-lasting lamps was a fraction of what it would have been for the older lights.

This project also showed the incredible power of rebates and incentives. Some 80% of the material and labor costs were covered by programs offered by the manufacturers and local utilities.

Many times, simply installing new lamps in place of old isn’t the only thing that can really make a lighting retrofit shine. The Freehold Regional High School District in Monmouth County, New Jersey, saw the advantages that come with pairing high-tech control systems to their new lights. They installed motion and voice-activated sensors in every classroom. 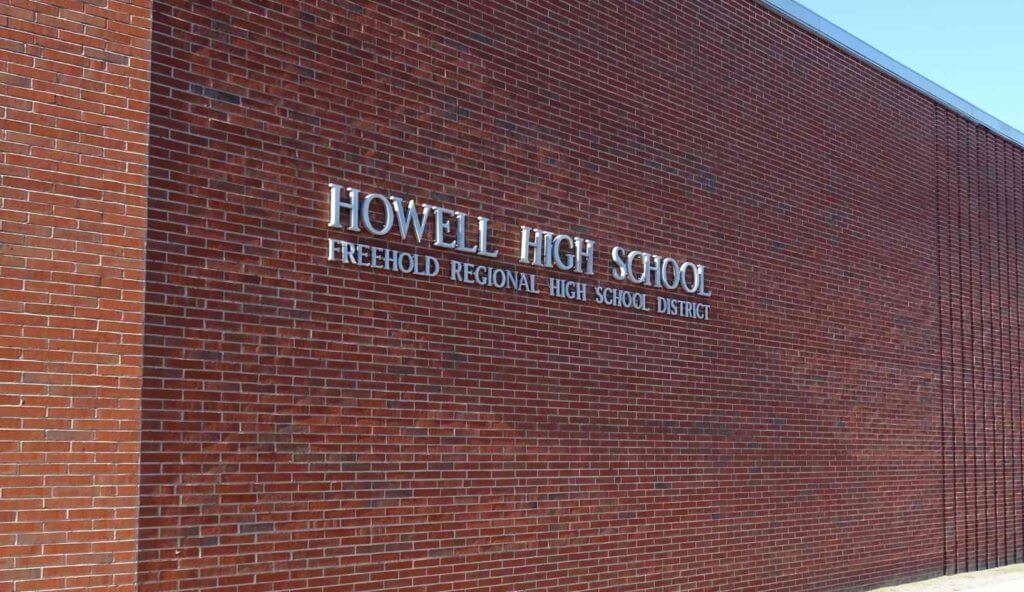 Across the district, nearly 32,000 lights were upgraded, including several schools that were 100% converted to LED.

Pat Lagravenis, Freehold ISD Buildings & Grounds Director said FSG’s team worked very well with the other contractors on campus during the LED retrofits. He said,  “FSG’s employees were outstanding,” and the “communication was exceptional.”

Lagravenis went on to tell a story about the lights in one of the gymnasiums:

“When the lights were halfway complete we were shocked seeing the old lighting next to the LED. We couldn’t believe we were playing ball under that old lighting.” 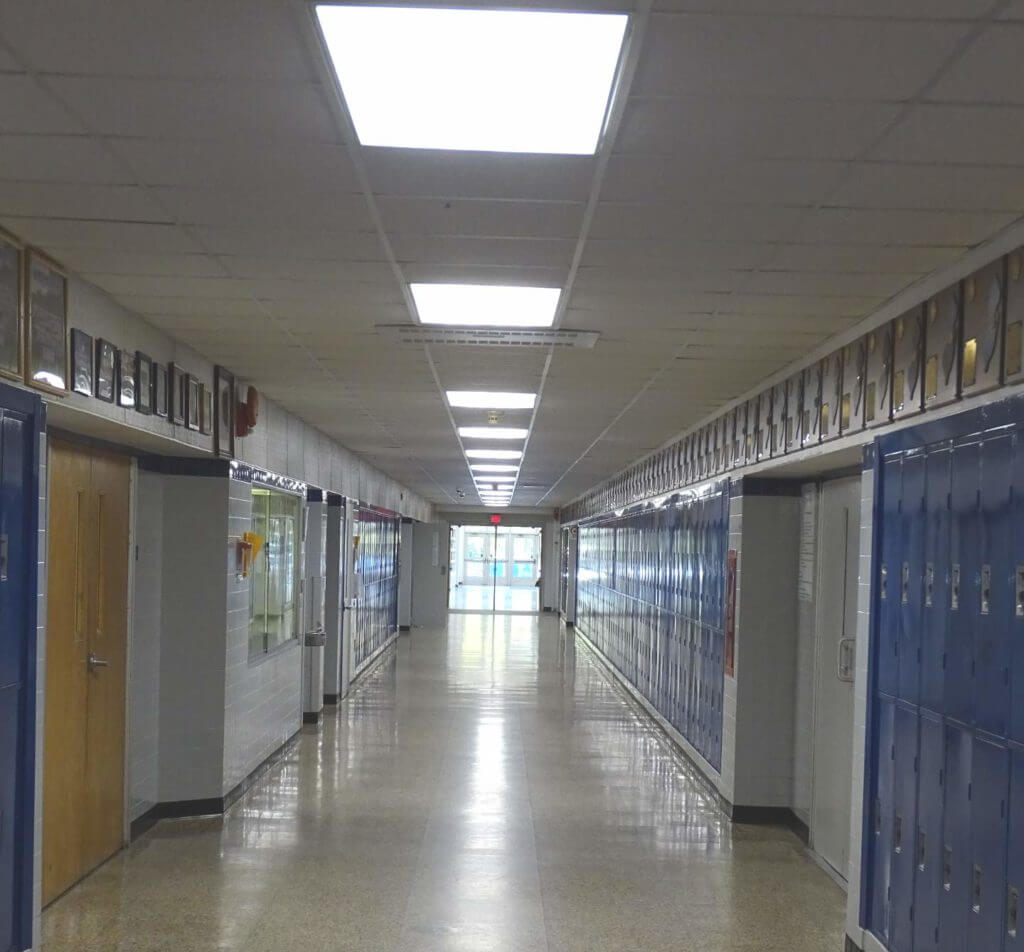 In and of itself, that would have been enough to realize the benefits of improved experience massive savings in energy expenditures.

But by going one step further and adding control systems (which automatically turn off unused lights, set schedules, and more) the district unlocked the true potential of a massive lighting retrofit. Estimated annual savings topped $1,800,000.

Frisco ISD, in Frisco, Texas, wanted not only a cost-effective solution but a better solution. Frisco is one of the most bustling new communities in the Dallas-Fort Worth area, and they wanted their lights to show off their schools.

Throughout the district, tens of thousands of new fixtures were installed. Gymnasiums, pools, classrooms, and parking lots all received LED upgrades. When the board received the final savings numbers, they were astounded.

Once again, new technology improved the look and feel of the schools and facilities while also costing much less to operate. The total cumulative yearly projected savings for Frisco ISD is $192.815.

Whether your school could use an upgrade, or you would like to take advantage of school rebates and incentives FSG can help.

If you want to spend less on maintenance and more on your students and teachers, we can help with that too.

If you have questions about rebates, would like to learn more about our turnkey process, or you need a quote for your next lighting project, call us at (512) 886-1253 or email us here today.

See A Few More of our Case Studies here